Josephine Butler was born in Milfield, Northumberland, only  a few miles from the Scottish border.  Milfield was a farm (since demolished) and the nearest place of any size is Wooler – just a small market town.  She moved to Dilston near Corbridge when she was seven and then on to Oxford, Cheltenham, Liverpool and Winchester after she married.  But she returned to this tiny corner of England in the last years of her life.  She stayed with her son George at his wife’s stately home, Ewart Park, just outside Wooler. He provided her with a bungalow on the estate, Galewood, which she did not like saying it was ‘completely isolated among trees’. She preferred to move to the more lively surroundings of Wooler, where she died at Victoria Villas (now 10 Queens Road) on 30 December 1906.  George decided to bury her in the churchyard at Kirknewton, an isolated, rural but beautiful location.   All of these places are shown on the map on the next page – within an area of only four miles (6 km). 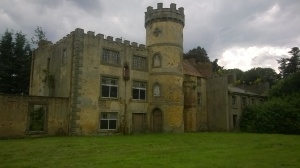 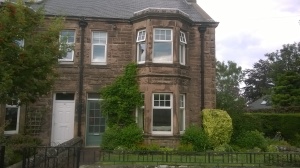 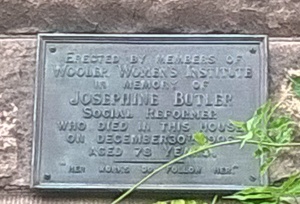 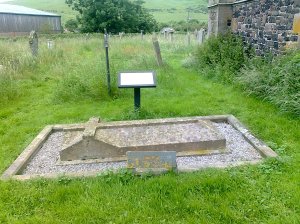 Josephine died in this house, marked by a  plaque donated by Wooler Women’s Institute.  Her grave in Kirknewton churchyard has a plaque which reads simply:

One thought on “Josephine’s birth and death places in Northumberland”